At this time of year, no matter what culture or lineage, celebrations usually involve some version of making the darkness lighter (at least in this hemisphere). In my family, decorating for Christmas has been one of my favorite traditions! So, for our December newsletter, my team and I sought out interior design decor ideas other than Christmas lights that we thought would be fun to share with you.

Incorporate family memories. “My mother always decorated our house with natural greenery, flowers, and branches, and I’ve continued to do that as I build memories for my own children.” -Laura Wilson, Dallas

Honor the style of your home. “An antique home is the perfect backdrop for classic decorations. I weave together fir, cedar, white pine, and boxwood for a door garland, hang matching window wreaths, and fill the holly with white lights.” -Lisa Hilderbrand, Connecticut 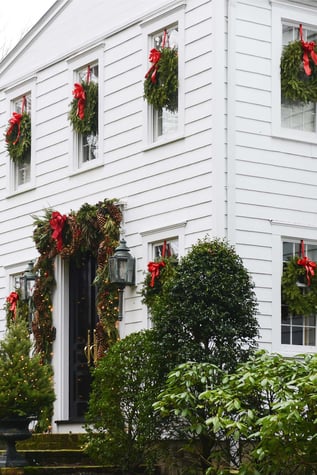 Keep it minimalist and contemporary. “Many Hanukkah traditions revolve around oil to represent the miracle of light, so we made a garland out of olive branches in homage to that. Pair a contemporary menorah and minimalist gift wrap for a new spin on the season.” -Gillian Segal, Vancouver

Stick to a color combination. “My family celebrates both Christmas and Kwanzaa. We choose a different theme every year, but you’ll always see a thread of blue running throughout—my father always used to hang blue lights on our house because it was my mother’s favorite color.” -Nikki Klugh, San Diego

Set the scene with some greenery. “The planter in our entryway changes with the seasons. In the winter, I incorporate moss, princess pine, and berries—I want my guests to feel like they’ve been transported elsewhere.” -Charlotte Moss, New York

Don’t be afraid to experiment. “The holidays are meant to be extravagant! Instead of a tree skirt, try a vintage fishbowl or planter. It heightens the tree and gives you more room for Santa’s surprises.” -Matthew Monroe Bees, Charleston

Go monochromatic. “As much as I love traditional red and green, I wanted to do something a bit more
glamorous and elegant with a mix of fine china, crystal, and silver,” says Atlanta-based designer Beth Webb.
“And don’t forget the importance of fragrance to set the holiday mood—think freshly cut evergreen branches
and burning wood.”

Always start fresh. “My usual first step is to completely discard any idea that I’ve used before,” says designer Scot Meacham Wood. That way, each year is new and exciting. He even goes as far as putting the tree in a totally different room each year.

Repetition is always classic. Repeating design statements adds serious impact. “If I decide to put a wreath in a window, I’ll almost always end up putting matching wreaths in every window,” says Wood. Last year, he used the same plaid textiles all over his study to create a magical holiday retreat.

Embrace boxwood wreaths. Designer Amy Berry says she uses boxwood wreaths all over her house — in front of mirrors, tied onto furniture, anywhere. One reason: “It’s not nearly as messy as garland can be,” Berry says. Decorate your storage. Just because your hutch is simple during the rest of the year, doesn’t mean it should be a Scrooge come the holidays. Virginia Fynes from Fynes Designs tucks ornaments into baskets and tiered trays and sprinkles them with fake snow.

Go crazy with garland. Garlands are designer CeCe Barfield Thompson’s go-to decoration. “They don’t take up much space and can be used in a number of ways that are child-friendly,” she says. Her favorite? Magnolia leaves. “I use two and tie them together at the top of my mirror so that they look like one large garland.” 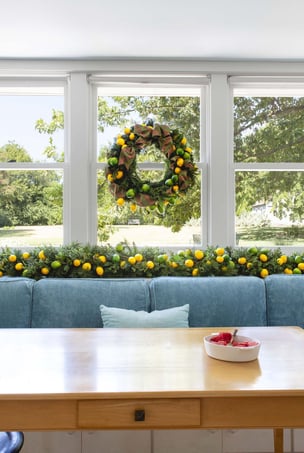 Remember, scents are important. Smell plays an important part of the season, which is why designer Frank Bostelmann says not to underestimate it. “Nothing gets that feeling going quicker than a bowl full of clove pierced oranges,” he says. Or try a mulled wine with cinnamon. Shucks.

Do a final edit. Even though Wood admits his style motto is usually “more is more,” he says it’s important to do a final edit. “I always try to create one big statement, then make sure everything else is secondary,” Wood says. Last year, he created a garland canopy, but kept the rest low-key.

What to Expect at Your Painting Estimate - San Francisco Bay Area

There’s a level of trust placed in any home service provider as they work in and around your home. Building this trust starts from the

These are our “3C’s” of a successful project process and the key to why people love working with Arana Craftsman Painters! At Arana

You may not realize it, but painting is as much about the process a painter uses as the painter themselves! At Arana Craftsman Painters, we