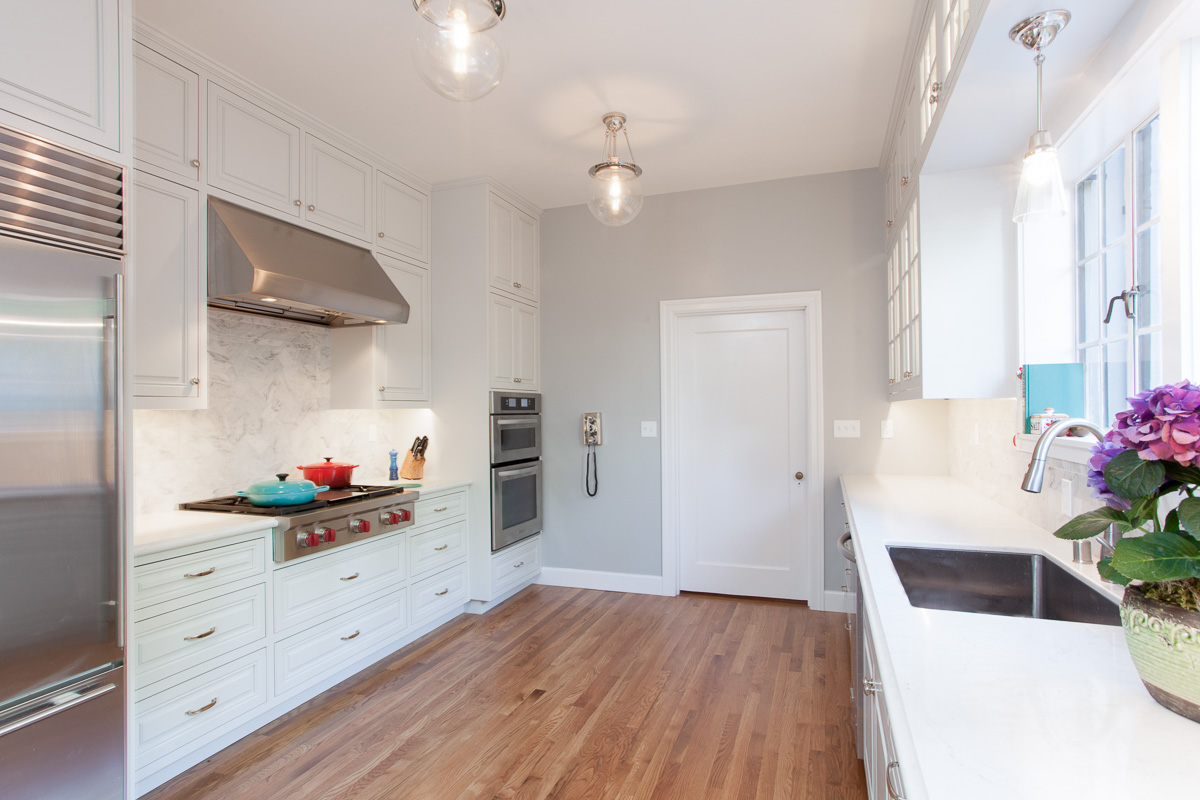 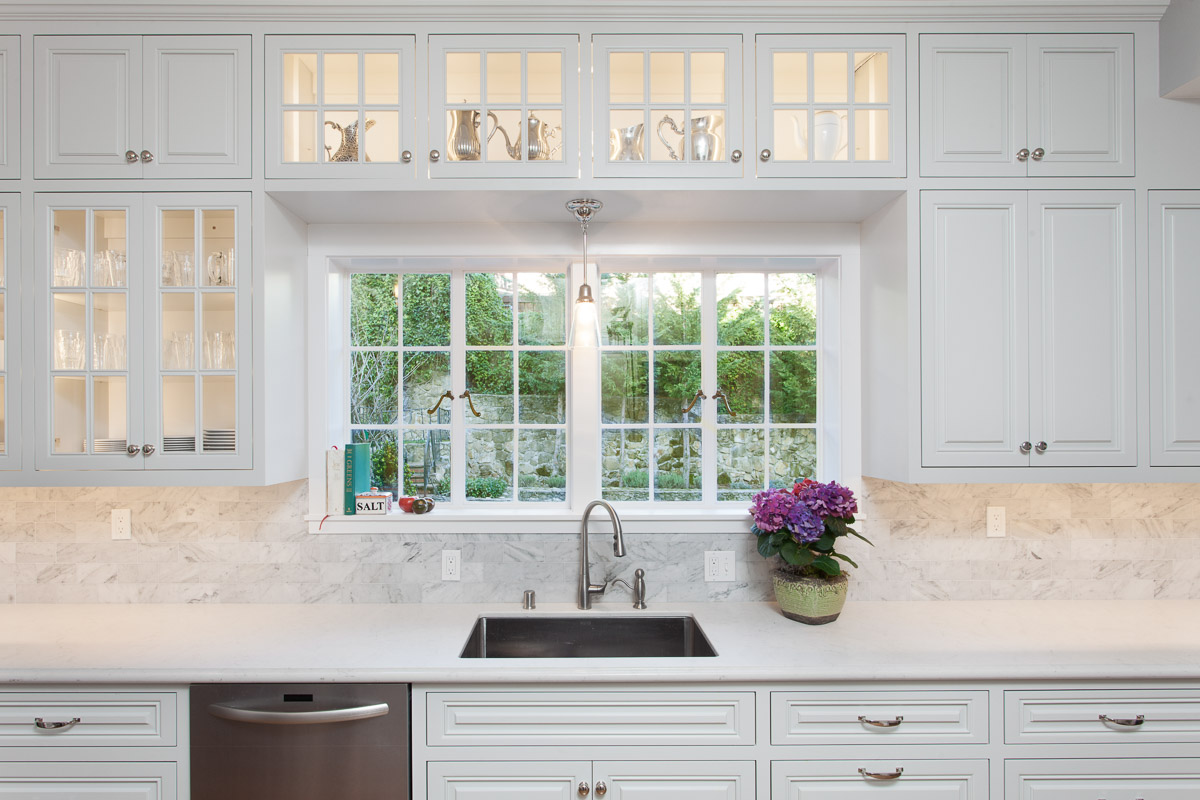 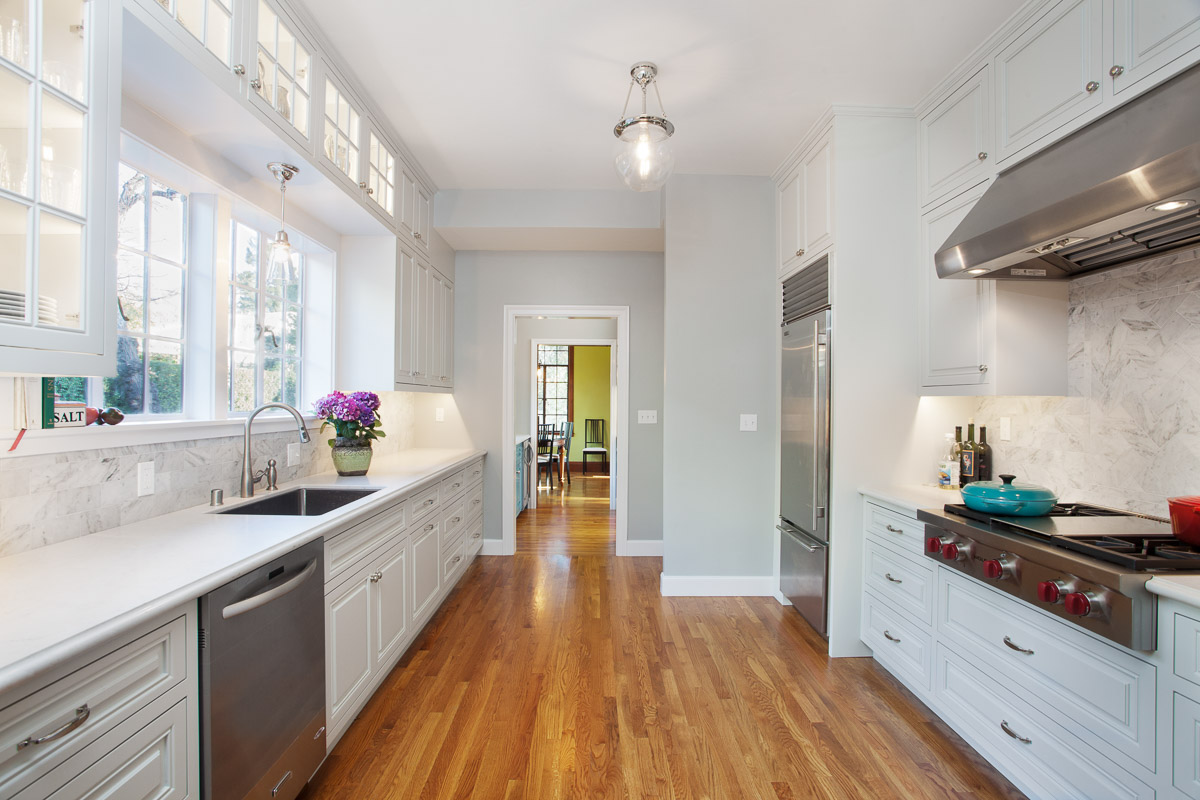 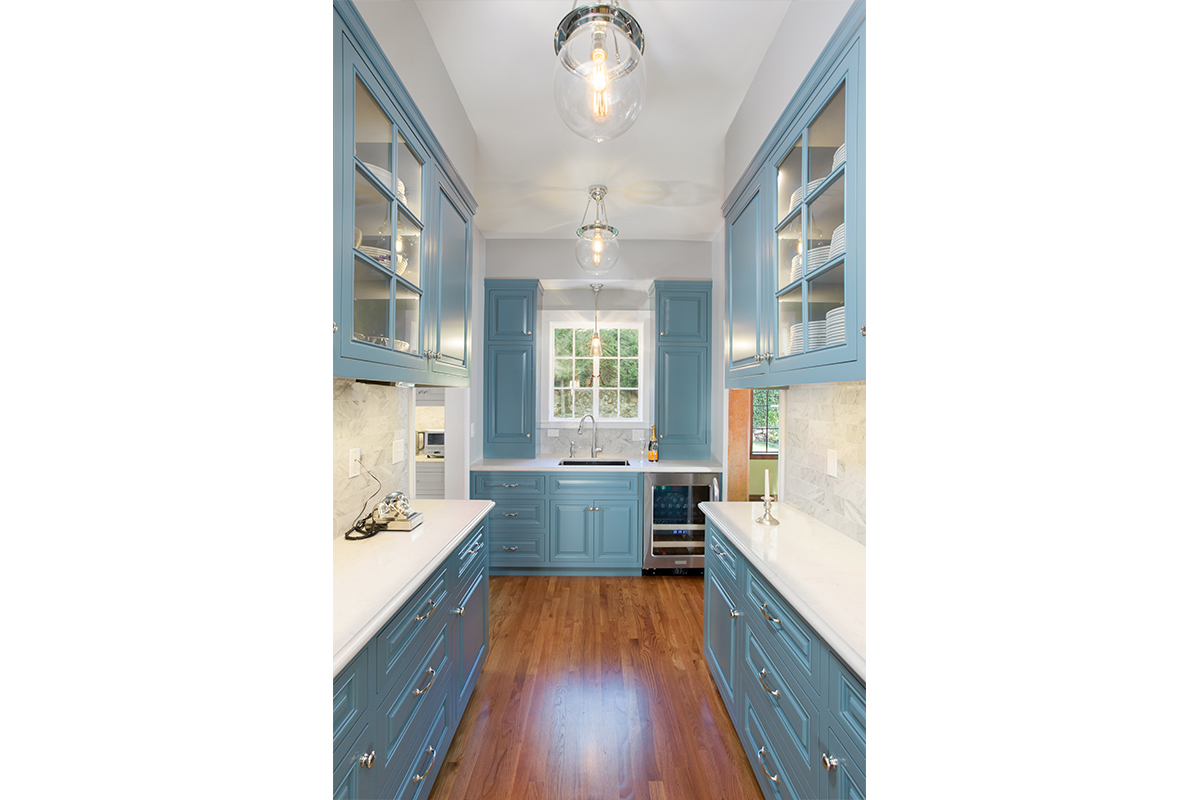 Arana painted the kitchen of this historically-significant home in upper Rockridge: The Morse House. That same year, this kitchen, remodeled by architect Jason Kaldis with Habel Construction, was featured in the Rockridge Home Tour — and reviewed in the San Francisco Chronicle by Sophia Markoulakis. She wrote:

One kitchen that was brought back to its original glory, but with the enhancement of select 21st century conveniences, is the Morse House, a Tudor listed on Oakland’s historical registry.

The kitchen showcases how a traditional home can be modernized while keeping its authentic bones intact. At the request of the homeowners, architect Jason Kaldis kept the historic arrangement of the kitchen, laundry and butler’s pantry.

“To preserve the period mood, no recessed lights were used,” says Kaldis. “We used strip LED fixtures at the under-cabinet locations, in cabinet lighting, and pendants over the butler’s and kitchen sinks. As a result, the house still feels old.”

Sticking to the original footprint kept a central island, a popular feature in today’s kitchen remodels, out of the kitchen. “The homeowners wanted guests to enjoy other parts of the house and maintain the kitchen as a workspace, not a gathering and entertaining spot,” veteran tour volunteer Leonora Sea says.

Instead, the three rooms flow seamlessly by using the same lighting fixtures, Caesarstone London Grey countertop and Carrara marble tiles in both the kitchen and butler’s pantry, and the same hardwood finish throughout the upper living spaces that interact with the kitchen. “They were interested in materials that would not go off trend, but would hold up well,” Kladis says.