Anatomy of a Victorian – The Not So Secret Symbolism of Decoration 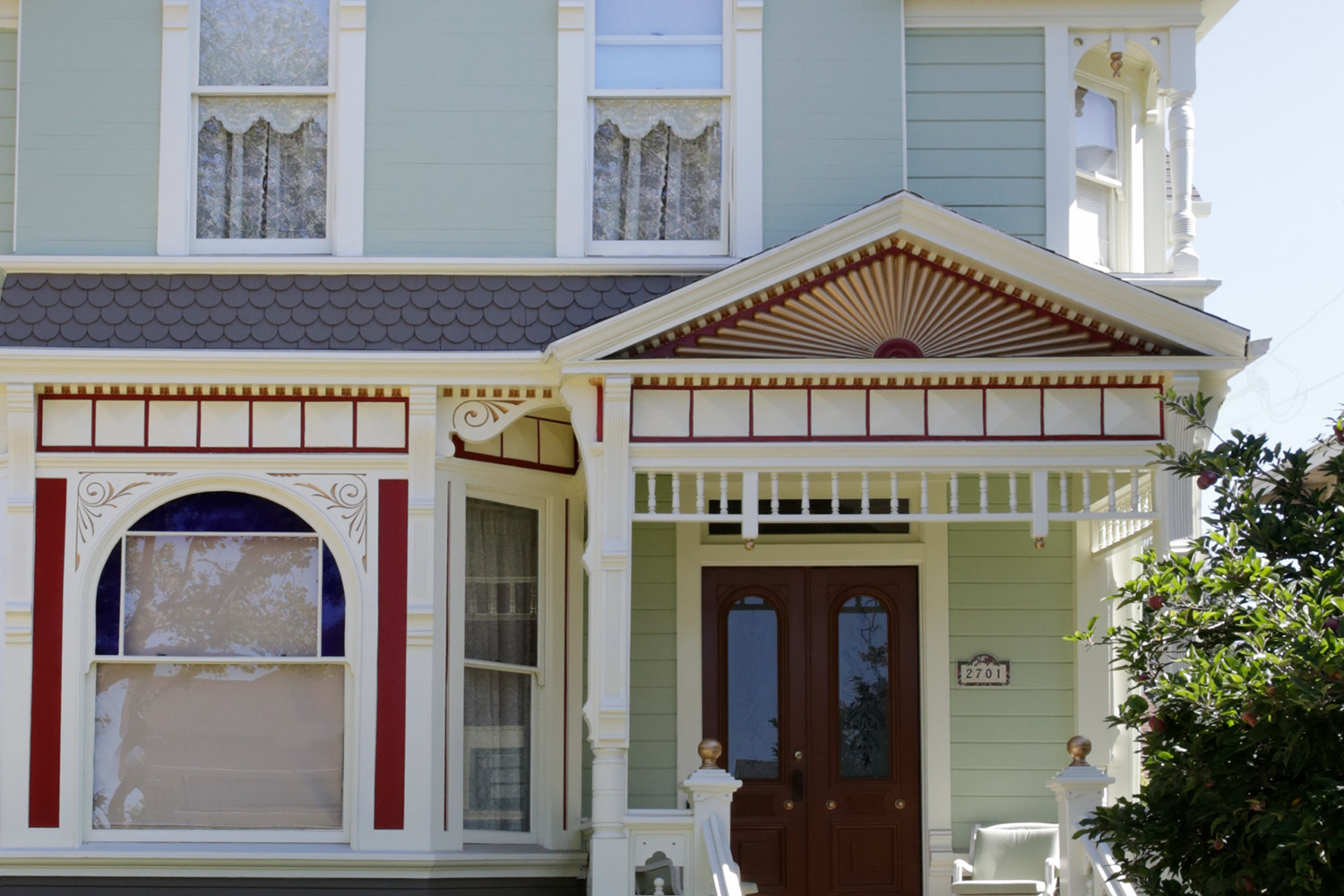 Anatomy of a Victorian – The Not So Secret Symbolism of Decoration

As painting contractors, we revere the inspiration of the architects responsible for the many historical and modern styles of housing in the Bay Area. In particular, we are awed by Victorians.

While painting these beauties, we feel that we get to reopen the channel for whatever inspiration was brought in when the houses were originally designed. As we restore and recoat a home’s surface, our work becomes an exercise in reconnection with and deep respect for the original designer and the many artisans involved in the construction, restoration, and maintenance of the home.

Arana has had the distinct pleasure of performing exterior restoration and painting services for a number of homes built throughout the Bay Area in the late 1800s and early 1900s; houses that fall into the genre of Victorian and related architectural movements; distinct categories such as Queen Anne Victorian, Late Victorian, Colonial Revival, and Classical Revival.

There is so much artistic detail on the exteriors of these structures that in some cases these houses in our portfolio have gone from being all-white to a canvas for as many as 7 — and up to even 11 — colors!

Like a human body, the homes that fall within the genre of "Victorian" have an anatomy, and those anatomical parts come with names and even symbolism! We feel that earlier builders really took to heart the magic that architectural details can create.

They started with something seemingly mundane — designing a house — and turned it into something reverential and reflective of spirit, spinning the ordinary into the extraordinary.

In this article we highlight specific architectural details from several of our East Bay projects.

Special thanks to the Berkeley Architectural Historical Association (BAHA) who provided us with information on the types of homes in our portfolio and in some cases, the name of the architect, year built, and other valuable notes. 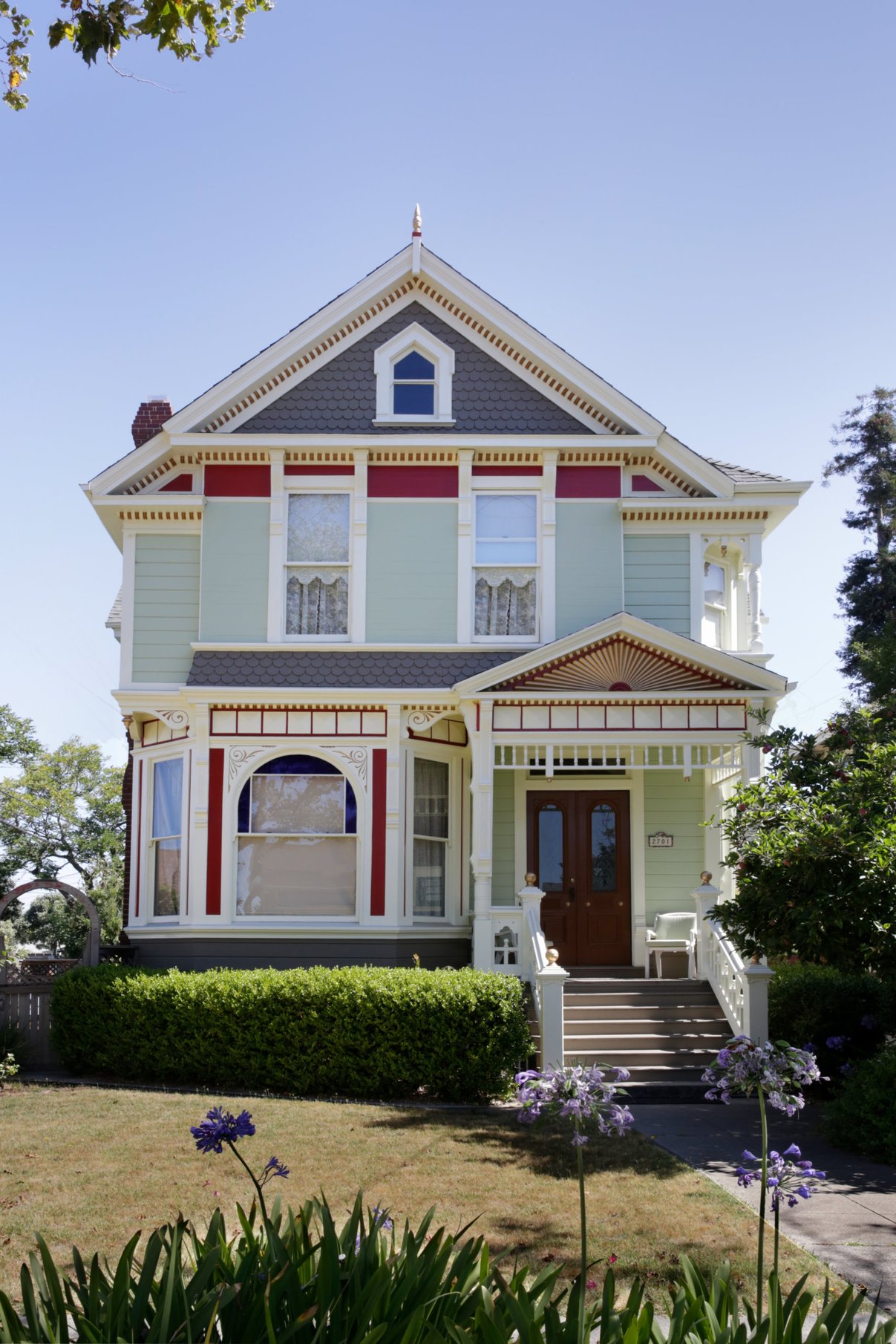 Found in lots of places, but typically at the apex of a roof like the one in the above photo, finials are among our favorite details. They come in all shapes and designs such those that curve and end in a point, orbs and even pinecones.

Metal finials can act as a lightning rod for the structure. The finial pictured at right, coated in that metallic gold, might be said to energize the connection to the heavens, serving as the home’s antenna to God.

This Queen Anne Victorian (pictured at top of this article ) also features a sunburst, in the homeowner-specified red and gold motif, which is perhaps a nod to the "setting sun" interpretation, per this quote in an article by Mary Jo Bowling in 7x7 Magazine: "Sunbursts... could be reflecting a love of England, or perhaps they were a commentary of the times.

'The sunburst was a popular motif in the late 1800s,' says Caitlin Harvey of Left Coast Architectural History. 'People who lived during that time considered it a golden age—there was a lot of optimism and many people were doing well financially. But some historians think they represent the British Empire, and the notion that the sun never set on the British Empire.'

She notes that, on some houses, the sunburst appears as a setting sun, which could be interrupted as a comment on the waning power and influence of England."

Sounds like dental and is a noun from the Latin word "dens" meaning tooth. This is one of the most common details we run across as we paint houses in these various architectural styles. You can see dentils on a Queen Anne Victorian, for example, and in the Classical Revival style of the McCreary-Greer House on Durant Street (pictured right).

This beautiful building is an architectural asset owned by and under the protection and oversight of the Berkeley Architectural Historical Society (BAHA). Could dentils be a nod to giving the home a voice? Or are they a symbol of protection as the gargoyle is, running along the seams of a home, sealing it off and chewing up any unwanted energy before it has a chance to enter the home?

Pictured here above, the imprint of braided wheat decorates the corner of the protruding window frame. It is such a tiny detail, but so impactful. Thus, our treatment of these details is necessarily respectful and reverential.

Some scholars say that wheat may connote productivity, the reaping of years, and long life. These aesthetically-pleasing details may also be a secret signaling.

Like Masonic groups whose symbolism hides in many places in plain sight in America (look at the dollar bill!), Victorian architects and designers delighted in adding both beauty and meaning to home facades. This home is on Prince Street in Berkeley and is known as the John A. Hasselbacher House, built c. 1907-08 in the Colonial Revival style. 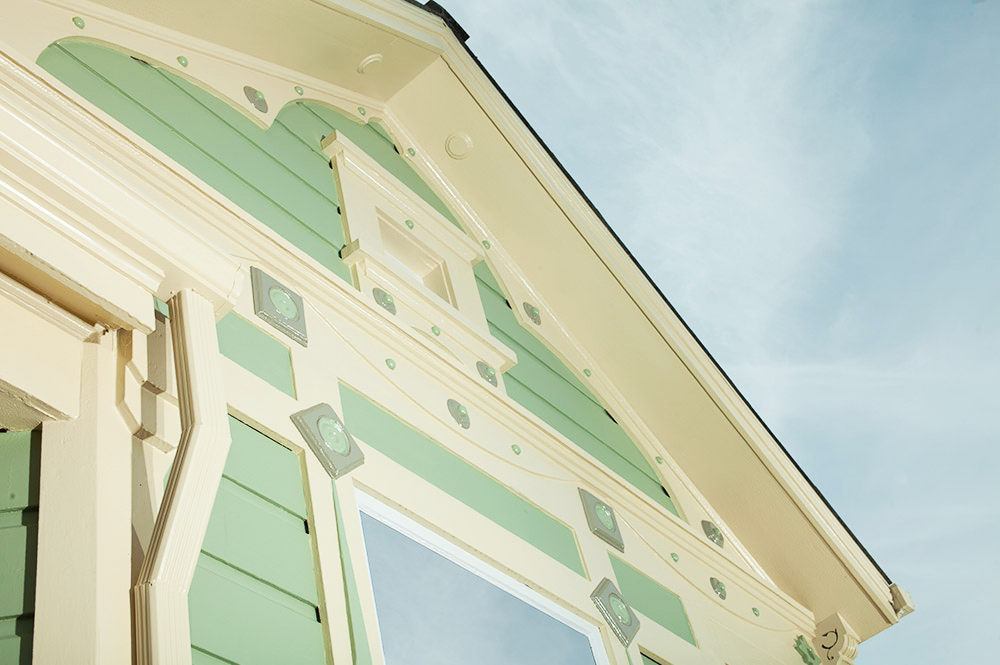 On this home (pictured, at right) Gingerbread refers to the decorative detail along the gable. Classic Gingerbread would be placed on the outer edge of the fascia. This detail is considered almost an overindulgence and can get extremely elaborate.

Gingerbread feels to us like a giddy celebration by the architect and builder – most likely a reflection of the joy they felt while building this home. Located on Lincoln Street in Berkeley, this house is a Late Victorian cottage (c. 1902) and is the second of three houses built by John Paul Moran in his compound.

Got Home? We’ve Got an Exterior Paint Process For It The Bay Area sings in a chorus of varied genres of architecture. From Eichlers and

10 Things to Consider When Choosing Paint Colors for Your Interiors

Think Like an Interior Designer: More Tips on Choosing Colors for Your Home